When I started at my current company, we essentially had one major project that everyone in the team worked on. It was a client that we had been working with for a long time.  It was a fun project to work on, and I learned a lot about ASP.NET MVC and Sitecore. Even when the project closed, I had no regrets about working on it for nearly two years, with very little other projects coming up during that time.

It wasn’t until the project closed that I realized how it programmed me into doing a certain set of coding practices. They weren’t particularly bad practices, but you could say they weren’t the accepted, best way of doing things. Soon, I was being assigned to projects where the best practices and/or frameworks were in use and I was expected to use those. I’ll give you two key examples, which were both shocking once I realized what I had not done:

The second I would use .Fields[] call in Sitecore development, I would know to do extensive null checks; it’s the way I was trained – but now, I was not using that call anymore. The code was completely different, and so I did not even think of checking for null for some reason. I don’t know why I wouldn’t check for null – maybe I thought Glass would take care of it and never return null? Silly me.

This is just my personal experience, and I don’t mean to rag on the project that taught me how to do Sitecore development, but the point I’m trying to make is: if you do the same thing over and over, and suddenly have to do something new, make sure you do some common sense checks before committing the code; namely:

Additionally, If you’ve been working on one project for a long time, and the development practices generally used in that project are not optimal, keep you coding senses sharp by learning about the best practices in your spare time. Read articles, watch videos, create a Sandbox project which includes those better practices in use. If you have any similar experiences, I would love to read them – thanks! 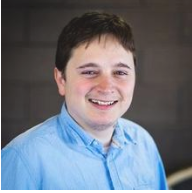